The story of this declaration

This story can be traced back to 1991, when Henry Mintzberg, a professor of management at McGill University in Montreal, visited Prague just as the communist regimes were collapsing in Eastern Europe. Western pundits at the time were proclaiming the triumph of capitalism, but from here it looked like balance had triumphed, over imbalance. The communist regimes were severely out of balance, with too much power concentrated in their public sector governments, whereas the successful democracies of the West had maintained a relative balance of power across their public sector governments, private sector businesses, and—crucially—plural sector communities. This misunderstanding  would drive the Western democracies themselves out of balance, in favor of private sector markets. These thoughts were outlined in a 1992 article, and eventually published in a 2015 book entitled Rebalancing Society.

Irene is a Canadian manager who has worked in the private and plural sectors. After reading an early draft of this book, she said  “I’d like to do something. I just don’t know where to start.”  This became The Irene Question in the book, and has occupied much of Henry’s attention ever since. What can each of us do, and what can all of us do—in our communities, associations, businesses, and governments? The answers, it turns out, are numerous—witness all the activities of concerned people the world over, from marching in protests to growing their social economies. Lacking, however, has been a vision to consolidate these efforts into a widespread movement for global reformation.

Toward this end, in February of 2019, nine people gathered at a retreat near Montreal, out of which came a map to visualize balance across the sectors (reproduced below), a table to order various ideas for action (included in the tab entitled Next Steps), and the decision to create a declaration of interdependence. On the drive back to Montreal from the retreat, Henry and Jeremiah Lee, a consultant in Boston, went through the clauses of the American Declaration of Independence, one by one, and began to draft clauses for today’s interdependence, using the wording of the original declaration where helpful. Many drafts later, the nine of us who participated in the creation of this document (listed first in the signatories) agreed that this declaration was ready to be posted—for 2020 vision. 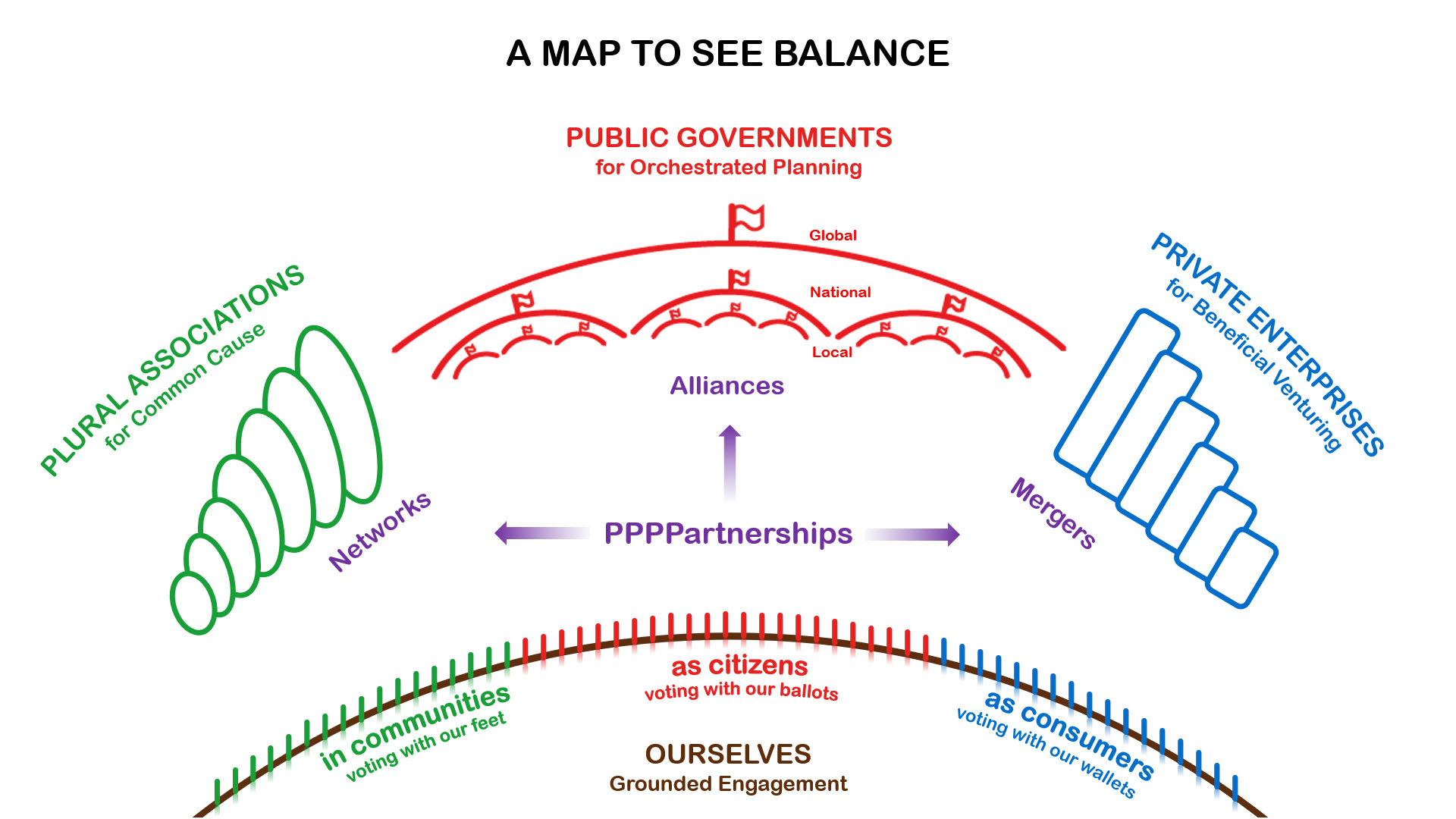